SpiceJet flight flying from Jaipur to Mumbai overshot the main runway while landing at the Mumbai airport. The incident comes amid massive rainfall the city has been witnessing lately.

On Monday around 11.45 pm, the incident took place when the SpiceJet flight SG6237 flying from Jaipur to Mumbai overshot the main runway, said the sources.

The main runway has been closed, and a second one is being used for flight operations at the Mumbai airport, officials said. 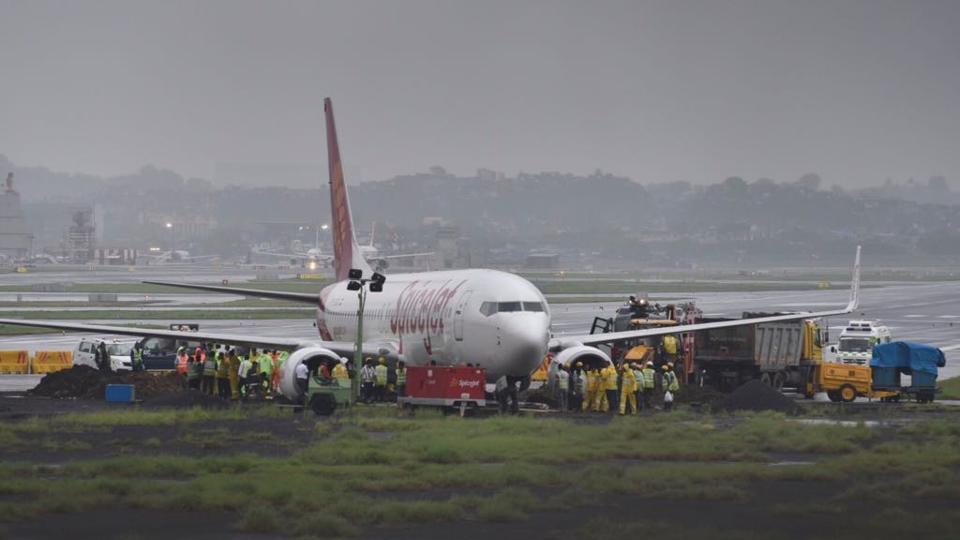 As a result, various subsequent flights were diverted to other airports such as Ahmedabad and Bengaluru.

However, there were no reports of injuries, and passengers traveling in flight SpiceJet 6237 Jaipur-Mumbai were declared safe… JURISPRUDENTIAL BACKGROUND AND THEORETICAL ISSUES

While the international legal system has evolved to embrace and even codify basic, non-derogable human rights (2), the evolution of environmental legal regimes has not advanced as far. While the former have found a place at the highest level of universally recognized legal rights, the latter has only recently, and, over much opposition, reached a modest level of recognition as a legally regulated activity within the economics and politics of sustainable development.

1. The international legal community recognizes the same sources of international law as does the United States’ legal system. The three sources of international law are stated and defined in the Restatement (Third) of the Foreign Relations Law of the United States (R3dFRLUS), Section 102. The first source is Customary International Law (CIL), defined as the “general and consistent practice of states followed out of a sense of legal obligation” (3) (opinion Juris sive necessitates), rather than out of moral obligation. Furthermore, CIL is violated whenever a State, “as a matter of state policy,… practices, encourages or condones (a) genocide, (b) slavery… (c) the murder or causing the disappearance of individuals, (d) torture or other cruel, inhuman or degrading treatment… or (g) a consistent pattern of gross violations of internationally recognized human rights.” (4) To what extent such human rights need to be “internationally recognized” is not clear, but surely a majority of the world’s nations must recognize such rights before a “consistent pattern of gross violations” results in a violation of CIL. CIL is analogous to the “course of dealing” or “usage of trade” in the domestic, commercial legal system.